“One might argue the historian is the conscience of the nation, if honesty and consistency are factors that nurture the conscience.”

In a few days I will be traveling to Tulsa, Oklahoma. 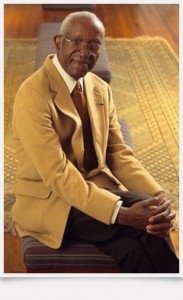 I feel honored to be presenting the workshop, “Reconciliation in America’s Ancestral Blueprints with Systemic Family Constellations” at this symposium, where keynote speaker is Rajmohan Gandhi, grandson of Mohandas “Mahatma” Gandhi.

To learn more about John Hope Franklin and this symposium, visit: “The Politics of Reconciliation:  A National Symposium and Dialogue Among Those Working to Bridge Societal Divides.”

“The Tulsa Race Riot was a large-scale racially motivated conflict on May 31 and June 1, 1921, between the white and black communities of Tulsa, Oklahoma, in which the wealthiest African-American community in the United States, the Greenwood District also known as ‘The Negro Wall St‘ was burned to the ground…The events of the riot were omitted from local and state history…aerial fire bombing of black residential neighborhoods was reported. During the 16 hours of the assault, over 800 people were admitted to local hospitals with injuries, more than 6,000 Greenwood residents were arrested and detained at three local facilities.An estimated 10,000 were left homeless, and 35 city blocks composed of 1,256 residences were destroyed by fire. The official count of the dead by the Oklahoma Department of Vital Statistics was 36, but other estimates of black fatalities have been up to about 300.

“The Tulsa race riot of 1921 was rarely mentioned in history books, classrooms or even in private. Blacks and whites alike grew into middle age unaware of what had taken place…In 1996, the state legislature commissioned a report, completed in 2001, to establish the historical record. It has approved some compensatory actions, such as scholarships for descendants of survivors, economic development of Greenwood, and a memorial park, dedicated in 2010, to the victims in Tulsa.”   Source: Wikipedia: Tulsa Race Riots.

“We need to do everything possible to emphasize the positive qualities that all of us have, qualities which we have never utilized to the fullest, but which we must utilize if we are to solve the problem of the color line in the twenty-first century.”

Comments, questions, and prayers are all welcome. With gratitude for all, Lisa