This week is the 150th anniversary of the beginning of the Civil War in the United States.  Yesterday’s article on CNN’s Opinion Page, “Civil War”s Dirty Secret about Slavery,” reminds us of how deeply the North’s economy depended on slave-picked cotton.  “The reality is that both North and South were profoundly complicit in slavery,” writes James DeWolf Perry and Katrina Browne from The Tracing Center on Histories and Legacies of Slavery.

In my Ancestral Blueprints workshops, I often work with descendants of both those who were enslaved and those who enslaved. The images from the family soul are persistent:  the unhealed collective wounds of slavery ask to be acknowledged and honored, and Systemic Family Constellations offer a way to access healing and strength from our ancestors to do so. 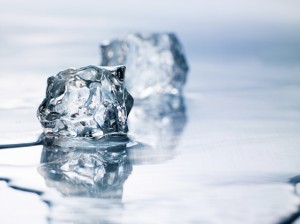 “There is a palpable disconnection in America’s soul regarding the profound effect slavery has had so on many aspects of life in the United States.  The human tendency to avoid reconnection with feelings regarding this long chapter in U.S. history is an aspect of trauma’s “freeze” response. This frozenness has kept us from recognizing slavery’s contribution to the American and global economy, and today we all pay the price for ignoring enslaved African Americans’ contributions. These unhealed, unacknowledged collective wounds of slavery’s landscape cuts us off from creating sustainable, just solutions for today’s economy. We deeply need one another to melt these frozen traumas.

“Each of us is affected by the history that has taken place on American Soil, whether our ancestors were enslaved, slave owners, or neither.  The unacknowledged truth of slavery’s place in America’s soul, as well as its’ financial life, has been passed down from one generation to the next…and today’s economic climate resonates with earlier unacknowledged, unhealed images from American history. ” excerpt from Ancestral Blueprints: Revealing Invisible Truths in America’s Soul by Lisa Iversen.

I was also inspired this week to learn about “Slavery’s Capitalism: A New History of American Economic Development” conference sponsored by Harvard and Brown Universities. “This [separation between capitalism and slavery in American History] is, in fact, fiction,”  Sven Beckert, history professor at Harvard.

Here’s to all of us coming together to melt these frozen, inherited images with truth and compassion.